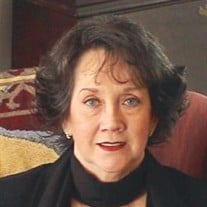 Wondill Froman, 78, of Indianapolis, passed away September 15, 2021. She was born January 22, 1943 in Jackson, Kentucky to the late Taylor and Dora Robinson Spencer. Wondill was a graduate of Breathitt High School. She attended Lee&#8217;s... View Obituary & Service Information

The family of Wondill Froman created this Life Tributes page to make it easy to share your memories.

Send flowers to the Froman family.