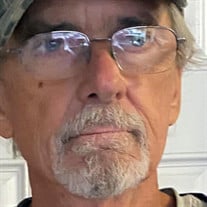 Thomas L. Clark, Sr., On February 18, 2021, Thomas L. Clark, Sr., went to be with the Lord. He was born October 20, 1953, in Indianapolis, IN, to the late Jesse and Carroll Clark. Tom enlisted in the U.S. Navy on January 21, 1971, where he served for 14 years. After his honorable discharge, Tom began working for the Department of Defense, retiring in 2009, after 40 years of service to his country. He touched so many people and was a mentor to many. A kind and loving man, he was always ready to help whoever was in need. Tom’s life passions besides his family and many friends, was riding his Harley Davidson. He was known to say “I don’t drink beer, I drink Heineken”. Tom is survived by his wife of fifty years, Debra Twomey Clark; one son, Thomas L. Clark, Jr. (Kristin); grandsons, Jesse Loren Clark and Hayden Thomas Clark (Halie); and great-grandson, Bentley Thomas James Clark. Tom will be interred in Napoleon, Indiana; due to COVID-19 restrictions there a will be a graveside service with a Memorial Service in Jacksonville, Florida at a later date. He will be missed by all who loved him. In lieu of flowers, donations in his honor may be made to the American Cancer Society. Final care and arrangements are entrusted to Shirley Brothers Washington Memorial Chapel.

The family of Thomas L. Clark, Sr. created this Life Tributes page to make it easy to share your memories.