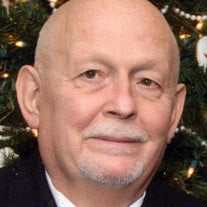 Robert “Bob”Smith, 74, passed away December 20, 2021. He was born November 1, 1947 in Indianapolis, Indiana to the late William H. and Katherine (Mewhinney) Smith. Bob was raised in Indianapolis, enjoying baseball, playing piano, fishing with his grandfather and Boy Scouting, earning the rank of Eagle Scout. He attended North Central High School where he graduated in 1965. He then attended Rose Polytechnic Institute, now Rose Hulman, where he earned a degree in Electrical Engineering and was a member of Sigma Nu fraternity. In 1969, at the age of 21, Bob was commissioned as a 2nd Lieutenant in the United States Army. He was assigned to the 1st Armored Division as a Signal Officer and later served with the 2nd Infantry Division in the Republic of Korea. Upon his return, Bob accepted a position with Electrical Equipment Co., Inc. His job at EECO developed into a 40-year career in sales, application engineering and management. He served as President and Owner from 1985 through 2011. Bob was a lifelong member of Northminster Presbyterian Church. He was a licensed amateur radio operator, station WB9BER. For many years, he enjoyed training for running marathons. Bob was a professional member of the Society of Fire Protection Engineers (SFPE) having served as Indiana Chapter President. He was also a member of the National Fire Alarms Distributors (NIFAD) Association elected to its Board of Directors and serving as national President. He married Vicky L. (Anderson) Smith December 29, 2012 in Indianapolis. Vicky was the love of his life for nearly 34 years. She survives. During his life he enjoyed humor, electronics, mathematics, Janis Joplin, running, hiking, John Grisham, tiramisu, caring for the WHS Memorial rose garden and traveling across the USA. He was preceded in death by his parents and his best pal “brother” Rick Smith. Thank you to all his physicians, care givers, and nurses at IU Health for their excellent and compassionate care. Friends may call Tuesday, December 28, 2021 from 10:00 a.m. until the time of service at 12:00 p.m. at Shirley Brothers Fishers-Castleton Chapel, 9900 Allisonville Road, Fishers. In lieu of flowers, memorial contributions may be made to the IU Foundation-Transplant Surgery and/or Gary Sinise Foundation and/or Jameson Camp online at www.jamesoncamp.org.

The family of Robert "Bob" Smith created this Life Tributes page to make it easy to share your memories.

Send flowers to the Smith family.