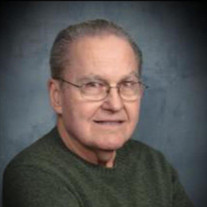 Robert A. Beck, Robert “Bob” A. Beck, 74 was born in Indianapolis, IN on January 2, 1947. He passed away January 15, 2021 after a seven and a half year battle with cancer. He attended Arsenal Tech High School (Class of 1965) before earning his B.S. Degree in Business Administration from Butler University (Class of 1969). He spent 49 years in the grocery business doing what he loved, planning in-store merchandising, and writing weekly ads with Kroger, and Lowell’s Preston Safeway in Indianapolis, Farm Fresh in Norfolk, Virginia, and Nash Finch Company in Minneapolis, Minnesota. He was an industry pioneer in implementing Category Management principles in the Grocery Channel. After retirement, he worked for RCI as a travel guide. A 32º Mason, he was a member of Englewood Masonic Lodge #715 as well as the Scottish Rite Valley of Indianapolis and Sahara Grotto. He loved spending time with his wife and best friend of 45 years, Cherie (Medlock) Beck, and their four dogs, along with cooking and photography. He was an avid fan of the Green Bay Packers, Butler Bulldogs, NASCAR and Indy Car Racing. Celebration of life services will be held Wednesday, January 20, 2020 from noon until time of service at 1:00 p.m. at Shirley Brothers Washington Memorial Chapel, 9606 East Washington Street. Burial will follow at Washington Park Cemetery. Robert is survived by his wife; son, Chad A. Beck; daughter, Christie (Raymon) Guajardo; grandson, Noah Guajardo; and many loving cousins and friends. He was preceded in death by his father and mother; Harry C. Beck and Mildred (Lee) Beck. In lieu of flowers, memorial contributions may be made in Bob’s name to the IU Health Foundation-Simon Cancer Center.

The family of Robert A. Beck created this Life Tributes page to make it easy to share your memories.

Send flowers to the Beck family.