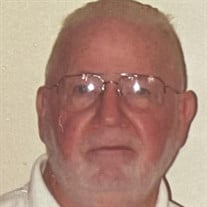 Richard Lee “Dick” Cooper, 84, passed away peacefully, surrounded by his family September 16, 2021. He was born in 1937 to the late John Ben Cooper and Bessie Mae Pinney on the eastside of Indianapolis as one of ten siblings. Richard attended Howe High School, and served in the U.S. Air Force from 1956-1960 as a mechanic servicing B-47 bombers. After serving his country, he worked for 50 years as a journeyman electrician for the International Brotherhood of Electrical Workers, Local 481, spending his last ten years before retirement at the Indianapolis Convention Center. Richard was married to his wife Patricia for 60 years, and they spent their life together only two blocks away from his childhood home, where they raised their two sons, Steve and Jim. He loved camping and fishing on the lakes of Ontario, Canada, which he revisited many times over the years with his many fishing buddies and his family. Richard was an avid photographer for many years, and frequently submitted his photos for competitions in the local newspaper. After retirement, Richard and his wife traveled across the western states of America every year in their RV to escape the harsh Indiana winters. But his greatest lifelong interest was always the space programs of NASA. He loved to talk about humanity’s future in space, and spent much of his free time learning about the latest developments and watching live feeds of NASA’s various missions. Richard was well known by his neighbors and dedicated himself to maintaining a quality community, always there for anyone who needed his help or advice. Visitation will be Wednesday, September 22, 2021 from 4:00 p.m. until 8:00 p.m. at Shirley Brothers Washington Memorial Chapel, 9606 E. Washington St. Richard is survived by his wife, Patricia Cooper; sons, Steve (Diana) and Jim (Eunju); and siblings, Jo Ann Calvin, Shirley Wayman and Gene Cooper. In lieu of flowers, memorial contributions are suggested to St. Jude Children’s Hospital.

Richard Lee &#8220;Dick&#8221; Cooper, 84, passed away peacefully, surrounded by his family September 16, 2021. He was born in 1937 to the late John Ben Cooper and Bessie Mae Pinney on the eastside of Indianapolis as one of ten siblings. Richard... View Obituary & Service Information

The family of Richard "Dick" Cooper created this Life Tributes page to make it easy to share your memories.

Send flowers to the Cooper family.