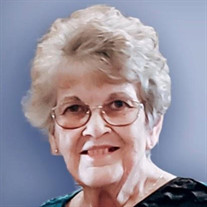 Millie Arvin, 73, a member of Holy Spirit Parish since 1997, passed away at home on Jan. 3, 2021, surrounded by her loving family. Millie was born in Indianapolis, Ind., to Ferdinand and Loretta Graf on May 2, 1947. She lived all but six-and-a-half years of her life on the city’s east side—it was where she was raised, and it was where God welcomed her home. But the footprints she left as a wife, mother, grandmother, teacher, creator, generous giver and woman of faith speak of a much larger journey, an adventure her husband Edward feels privileged to have shared with her for 58 of her 73 years. It could have been even longer, had God seen fit. Millie and Ed grew up just two streets apart. Both the Grafs and the Arvins were members of St. Therese of the Infant Jesus (Little Flower) Parish. Millie attended Little Flower School for eight years, and Ed, one year her senior, transferred there in the fourth grade. But it wasn’t until her freshman and his sophomore year at Scecina High School that their paths finally crossed. Millie strolled into Heischman’s Regal grocery store where Ed worked. She flirted with him—and so began a nearly 60-year adventure that the couple knew was “meant to be.” The couple dated off and on through high school and college. After Millie graduated in 1965, she knew she wanted to be a teacher. She graduated from Ball State Teacher’s College in 1969 with a bachelor’s degree in Education. In the 1980s she earned her master’s in Education from Indiana University through IUPUI. It was Christmas 1967 when Millie and Ed talked while he was on leave from the Air Force. They knew “it was just a meant-to-be thing” and were engaged within days. They were married at Little Flower Church on Aug. 30, 1969. Ed’s new assignment with the Air Force immediately took the newlyweds to Sacramento, Calif., where they lived for six-and-a-half years. They enjoyed camping with friends—an activity they also enjoyed sharing later with their girls. Millie worked as a teacher and as a teacher’s aid in California. She had a love for kids—especially her own. Jennifer was born in 1971, Cheryl in 1974, and Katie completed the family in 1986. Millie and Ed moved their family back to the east side of Indianapolis in March 1976 when he was discharged. She first worked as a substitute teacher from 1978 to 1981 at St. Simon the Apostle School in Indianapolis. Millie was then hired to teach third grade at Holy Spirit School. It was a calling Millie spent the next 22 years pouring her energy and talent into, a role that, in a Catholic school, is as much ministry as job. Choosing to work in a Catholic school rather than a school where she could earn a higher salary speaks to her love for God and her faith. As a teacher, Millie was known for being strict—if you got Mrs. Arvin, you knew you were going to have to work for your grades. But she was also a very dedicated teacher, very passionate, and very creative. It was also at Holy Spirit that Millie met Joseph Pesola, who later became a priest. His difficulty hearing tapped into three of Millie’s qualities: her generosity, her love for learning, and her love for teaching. She began to learn American Sign Language from him and took classes at the Indiana School for the Deaf. She offered classes on ASL to children. Knowing there were several deaf members at Holy Spirit, she learned how to sign the Mass, a service she offered every Sunday for nearly 10 years. Millie’s love for teaching continued at home. She did science projects with her daughters, took them to museums and the zoo—anyplace they could learn and expand their knowledge of the world. And the trips were so fun, the girls didn’t know they were learning. When any of her daughters discovered an interest or hobby, Millie was beside them helping, supporting and encouraging. She had other creative outlets as well. She loved art in all its forms. Millie was skilled at numerous crafts, from creating stained glass windows to sewing dresses and Halloween costumes for her girls. A few years after she retired in 2003, Millie was introduced to a new generation to love and teach and dote upon—her first grandchild, Riley. Soon came Alex and Hailey, and Logan arrived just five months ago. Millie was a natural grandmother. She loved spending time with her grandchildren, reading to them, baking with them, and fully exercising her grandmotherly right to spoil them. But not for long enough. Her diagnosis of non-alcoholic cirrhosis of the liver about four years ago slowed her down. More recently, her kidneys also began to fail. By December 24, 2020, Millie was receiving hospice care in the home she and Ed bought 45 years ago, the home they raised their daughters in and shared time with their grandchildren. On the evening of Jan. 3, Millie was surrounded by her loving family—except for Katie, who was on her way. Millie, known for being a bit stubborn, held on. When Kate arrived and the family circle was complete, Millie took two breaths, then returned home to God. Millie is survived by her loving husband Ed Arvin; daughters Jennifer Arvin, Cheryl Crum and Katie Baugh; sister Sharon Keilman; and grandchildren Riley Arvin, Alex and Hailey Crum, and Logan Baugh. Visitation will be on Friday, Jan. 8, from 4-7 p.m. at Shirley Brothers Washington Memorial Chapel, 9606 E. Washington St. A Mass of Christian Burial will be held on Saturday, Jan. 9, at 10 a.m. at Holy Spirit Church, 7243 E. 10th St. In lieu of flowers, donations may be made to Holy Spirit Parish at 7243 East 10th Street, Indianapolis, IN 46219.

Millie Arvin, 73, a member of Holy Spirit Parish since 1997, passed away at home on Jan. 3, 2021, surrounded by her loving family. Millie was born in Indianapolis, Ind., to Ferdinand and Loretta Graf on May 2, 1947. She lived all but six-and-a-half... View Obituary & Service Information

The family of Millie Arvin created this Life Tributes page to make it easy to share your memories.

Send flowers to the Arvin family.