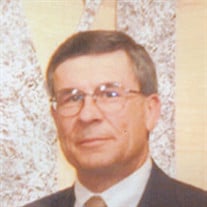 Michael “Mike” Patrick Alerding, 73, peacefully left this world surrounded by loved ones after a hard-fought battle with cancer on March 29, 2022 in Indianapolis. He was born to Robert J. Alerding and Margaret Hicks Alerding in Indianapolis on March 17, 1949. He graduated from St. Matthew’s grade school in 1963, Cathedral High School in 1967 and Indiana University in 1971 with a degree in accounting. In 1971, Mike became a Certified Public Accountant which led to a successful fifty-year career in public accounting. In 1998, Mike was a founder of Alerding CPA Group (aka Alerding & Co) in Indianapolis where he served in a variety of roles including managing director and most recently in an Of Counsel capacity. Throughout his career, he collected many honors and awards including: Indiana University Kelley School of Business Inaugural “Accounting Alumni Recognition Award for Community Service”, “Accounting Advocate of the Year” by the US SBA 1989/2000, Distinguished Alumni – Cathedral High School, Volunteer of the Year – Indiana CPA Society, and Stanley K. Lacy Executive Leadership Series 1981. He was affiliated with many organizations including: WFYI Channel 20 (Chairman and Director Emeritus), WFYI Foundation (Founder and Board Member), St. Vincent Health (Chairman of Audit Committee and Director Emeritus), Cathedral High School (Trustee), Development Corporation, Indianapolis Business Journal (Columnist), White River State Park Commission (Charter Member) and Mayor’s Commission to bring a domed stadium to Indianapolis (Member). Mike has touched countless lives as a coach, father figure, mentor, and friend. He spent many years coaching baseball and softball at St. Alban's Little League as well as football at St. Lawrence grade school. He was an avid supporter and fan of Cathedral High School’s Performing Arts, Wrestling and most intimately, the Irish Football program where he served as the “Eye In The Sky” for practically every game for 20 years until 2006. He was enthusiastic about IU basketball and his beloved New York Yankees. Mike loved to travel and explore the world but had a special place in his heart for New York City. To say that he was generous is an understatement. He loved fiercely and was always quick to offer a helping hand or a useful suggestion to anyone who asked, even to some who didn’t ask. Mike’s life centered around his large family. He was preceded in death by his wife, Mary Ellen Ryan-Hughbanks-Alerding; brother, Thomas F. Alerding; father, Robert J. Alerding and at a young age lost his mother, Margaret Hicks Alerding. He is survived by his wife, Claudia Alerding; ex-wife, Jill Kirkhoff; siblings, R. James (Laura) Alerding, Ann (Fred) Fitch, Joseph (Amé) Alerding, Mary (John) Schaffner and Peggy (Mark) Horton. He was blessed with four children, Michael J. (Becky) Alerding, Scott (Rachel) Alerding, Tony (Jenny) Alerding and Maggie (Michael) Woods; six stepchildren, Dustin Hughbanks, Courtney (Ian) McGuirk, Shelby Hughbanks, Susie (Paul) Litke, Andy (Kate) Fagan and Jenny (Phillip) Scheffsky; 19 grandchildren; and four great-grandchildren. Family and friends are invited to gather to celebrate his life on Wednesday, April 6, 2022 from 3:00 p.m. until 8:00 p.m. at Shirley Brothers Fishers-Castleton Chapel, 9900 Allisonville Road. A Mass of Christian Burial will be celebrated on Thursday, April 7, 2022 at 11:00 a.m. at St. Joan of Arc Catholic Church, 4217 Central Avenue, Indianapolis. There will be a brief, public viewing at 10:00 a.m. prior to mass. In lieu of flowers, the family is asking that donations be made in his name to The Milk Bank, Second Helpings, or the Indianapolis Humane Society.

Michael &#8220;Mike&#8221; Patrick Alerding, 73, peacefully left this world surrounded by loved ones after a hard-fought battle with cancer on March 29, 2022 in Indianapolis. He was born to Robert J. Alerding and Margaret Hicks Alerding in... View Obituary & Service Information

The family of Michael "Mike" Patrick Alerding created this Life Tributes page to make it easy to share your memories.

Send flowers to the Alerding family.