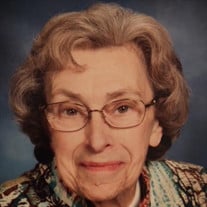 Mary K McKinley Born 2-17-36; Died 4-27-22 Mary K McKinley, 86, passed away on Wednesday, April 27, 2022, following a courageous battle with numerous physical ailments. She was born February, 17, 1936, to Wilbur and Florence (Keatts) Wright in Hancock County. On July 21, 1957, she married the love of her life, William E. McKinley. He preceded her in death in 2004. Mary is survived by her son, Steven of Monticello, IN, in addition to several family members, neighbors, and close friends. Mary was a devoted wife, mother, friend, and community volunteer. Mary began volunteering with the Warren Arts and Education Foundation in the 1980’s, then served as its Executive Director until her retirement in 2018. During this time, she oversaw numerous fundraisers, awards programs, musical and theatrical performances, grants, and other opportunities designed to provide youth with experiences in the arts. Included in her efforts was the annual Holiday TreeFest, an event she poured herself into year-round for 30 years. Mary was highly active in the 4-H Program, first as a youth, then as an Adult Volunteer. She was recognized in 2022 as a 50-year 4-H Volunteer, providing support to youth and the 4-H Program primarily in Warren Township of Marion County. She served as a director of the Marion County Fair Board, including terms as President and Treasurer. Based on her work, she was inducted into the Indiana Association of County and District Fairs Hall of Fame in 2004. In 2005 she was inducted into the Warren Central High School Alumni Hall of Fame. In 2019 she was awarded the Warren Township school district Lasting Impact Award. Also in 2019, the Mary McKinley Atrium was named at the Warren Performing Arts Center in her honor in recognition of her years of commitment and dedication to the students of Warren Township. She was also highly active in the Warren Township PTA and served as a State PTA officer. Mary was a member of Old Bethel United Methodist Church. She taught the 3-year old Sunday School class for many years. Mary was a charter member of the American Sewing Guild, enabling her to display her excellent sewing and needlework skills. These skills earned her several top honors at the Indiana State Fair Open Class exhibitions. In addition to sewing and needlework, her hobbies included reading, flower and vegetable gardening, and working with her dogs. Mary and her family wish to thank Donny, Ken, Debby, Barb, Ruth and many other neighbors and friends who were there to support her over the past several years. Thanks also to Angel for the incredible care she provided to Mary over the past couple of months, in addition to the caregivers from Home Instead, allowing her to achieve her desire to stay at home. In lieu of flowers, donations can be made to the Indiana 4-H Foundation to support 4-H Youth Leadership Programming efforts. Please make gifts in Mary’s memory to the Indiana 4-H Foundation, P.O. Box 3125, Indianapolis, IN 46206, or online at www.in4h.org. Include “In memory of Mary McKinley” in the gift notes. Services will be held on Monday, May 2, at Shirley Brothers Mortuaries, 9606 East Washington Street, Indianapolis, IN, 46229. Visitation is scheduled from 10 a.m. – 12 noon, followed by the service at 12 noon. Pastors Brian Beeks and Justin Cason of the Monticello United Methodist Church will be officiating. Burial will follow the service at Glen Cove Cemetery in Knightstown.

The family of Mary McKinley created this Life Tributes page to make it easy to share your memories.

Send flowers to the McKinley family.