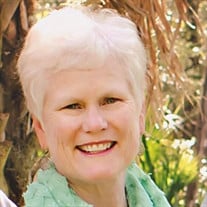 67, of Indianapolis, passed away June 17, 2022. Laurie was born on August 20, 1954 in Pasadena, CA. Growing up in neighborhood communities of Los Angeles, she enjoyed a great family life with her parents, Wayne and Joyce, and brothers, Lance and Dave. The family moved to Indianapolis in 1965 and settled in the Steinmeier area on the northside. She attended Eastwood Middle School and graduated from North Central High School in 1972. Laurie attended Purdue University, earning a BS degree in Dietetics in 1976. Laurie then attended the University of Kentucky, where she earned her MS degree in Nutrition in 1977. She worked for a time in Owensboro, KY before accepting a position in the dietary department at Ball Memorial Hospital in Muncie. In 1978, Laurie became the Head Dietician at Hancock Memorial Hospital in Greenfield, where she remained until 1987. During the early months of her return to Indianapolis, she started a relationship with Brad after the pair met at a wedding in the summer of 1977. Their romance quickly blossomed, and they married on November 3, 1979, which would be the beginning of a wonderful partnership lasting 42 years. Children Amy, Andrew, and Kari would soon follow. After her years at Hancock Memorial, Laurie worked as a consulting dietician. She then started her own business, Medical Claims Service, Inc., mainly assisting senior citizens with their insurance billing. The business grew to include billing for durable medical equipment and was later known as Home Care Plus. Leading a team of several employees, Laurie displayed natural organizational and business skills likely inherited from her father. She sold her business in 2006 and became a billing specialist for Roche Diagnostics, retiring in January, 2012. Laurie was a longtime member of both Epworth and Castleton United Methodist Churches as well as Irvington Presbyterian Church. Laurie's loves were quilting and being Nana to her grandchildren. A longtime seamstress, Laurie taught herself to quilt following her retirement. Over the years, she made countless quilts for friends, family members, and various charities. As Nana, she loved planning family vacations, hosting sleepovers, and caring for Ev, Nora, and Etta. Visitation will be Tuesday, June 21, 2022, from 3:00 p.m. – 7:00 p.m. at Fishers-Castleton Chapel, 9900 Allisonville Road, Fishers, IN 46038; and Wednesday, June 22, 2022, at Epworth United Methodist Church, 6450 Allisonville Road, Indianapolis, IN 46220, from 1:30 p.m. until the time of funeral service at 2:30 p.m. In lieu of flowers, contributions are appreciated to American Cancer Society (https://www.cancer.org/donate) and Lucky Dog Retreat Rescue (http://ldrrescue.org/donate.html). Laurie was preceded in death by her brother Dave in 2000, her mother Joyce in 2011, and her father Wayne in 2017. Surviving Laurie is the love of her life, husband Brad of 42 years, brother Lance (Denise), sister-in-law Cheryl, daughter Amy (Zack) Adams, son Andrew (Kelly), and daughter Kari, grandchildren Everett and Eleanor Adams and Etta Eshelman and numerous cousins, nieces and nephews. Final care and arrangements are entrusted to Shirley Brothers, Fishers-Castleton Chapel.

67, of Indianapolis, passed away June 17, 2022. Laurie was born on August 20, 1954 in Pasadena, CA. Growing up in neighborhood communities of Los Angeles, she enjoyed a great family life with her parents, Wayne and Joyce, and brothers, Lance... View Obituary & Service Information

The family of Laurie Seagren Eshelman created this Life Tributes page to make it easy to share your memories.

Send flowers to the Eshelman family.