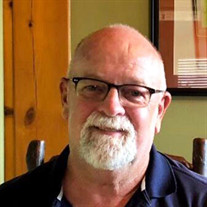 Kenneth Wayne Winterrowd, 66, of Indianapolis, passed away on January 14, 2021, two days before his 67th birthday. He was born January 16, 1954 in Plymouth, Indiana to Kenneth Wayne Winterrowd, Sr. (deceased), and Maureen Gussett Winterrowd. Ken graduated from Pocono Mountain High School in Swiftwater, Pennsylvania in 1972. He played on the basketball team and was senior drum major in band. After graduating he returned to Indiana to work, then enlisted in the U.S. Navy. On August 9, 1982 Ken and Marsha were married in Hawaii, where Ken was stationed. After his Navy career of 8 years, Ken began working at Ford Motor Company in Indianapolis and took classes at IUPUI. He earned a degree in Mechanical Engineering from Purdue University. Survivors: wife, Marsha Winterrowd; daughters Lisa (Brad) Fellers, and Jessica (Drew) Rogers; 7 grandchildren, Alyssa Wagner, Courtney Fellers, Lucas Wagner, Kendra Rogers, Ainsley Rogers, Cooper Rogers, and Austin Rogers; mother, Maureen Winterrowd; stepmother, Patti Winterrowd; brothers, Rick (Annette) Winterrowd, Mark (Tammy) Winterrowd, Brett Winterrowd, Alan (Jill) Winterrowd; sisters, Alice (Bob deceased) Kater, Marilyn (Curt) Roberts, and Rachelle (Joe) Cannella; several nieces and nephews, great nieces and great nephews. Family was the center of Ken’s life. When Lisa was a preschooler, Ken would take her out for breakfast pancakes. He was a kindergarten room father for Jessica’s class. In his youth Ken was a Boy Scout. When Jessica joined Girl Scouts, it was only natural that he would volunteer as a “Do Dad” to help the troop. He proved to be a math tutor, and volleyball fan, cheering louder than any other parent in the stands (often embarrassing his daughter and wife). Playing golf with his brothers and friends was one of Ken’s favorite pastimes. Brothers working together on various projects was rewarding and fun. He looked forward to family reunions and family Christmases. He loved his grandchildren. He worked hard and after a productive day Ken would declare, “Today was a good day. We have a good life.” Due to the COVID situation, memorial services will be private for family only. A live streaming of the service will be held Saturday, February 6, 2021 at 1:00 p.m. You can access the event by clicking on the following link: https://youtu.be/baDbqCDaxno In lieu of flowers memorial contributions are suggested to Calvary Lutheran Church or the American Heart Association. Final care and arrangements are entrusted to Shirley Brothers Thompson Road Chapel.

The family of Kenneth Wayne Winterrowd created this Life Tributes page to make it easy to share your memories.

Kenneth Wayne Winterrowd,
66, of Indianapolis, passed away on...

Send flowers to the Winterrowd family.