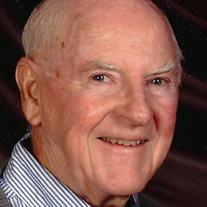 Kenneth V. McGinity, Ken McGinity passed away Saturday, December 18, 2021. He was born in Baldwin, Long Island, New York, January 31, 1932. Preceded in death by his parents, Leo Aloysius McGinity and Nora Mildred Hurley McGinity; younger sister, Kate; and daughter-in-law, Barbara. Surviving siblings include, Leo Grace, Frank and Nora. Ken was a graduate of Holy Cross College and the University of Chicago, Booth School of Business. He served in the Navy as a Lieutenant and Gunnery Officer. In September 1955, he joined the Western Electric Company, a subsidiary of AT&T, where he worked for 27 years. In 1957, he married Catherine (Kitty) Kelly in Chicago, IL. They have six children, Michael, Peter, James (Jenn), Moira Bradley (John), Aileen Mercer (Jim) and Meghan Dagon (Matt); eight grandchildren; and four great-grandchildren. Ken was a lifelong sailor and proud member of the Indianapolis Sailing Club. He had been a member of the Indianapolis Literary Club since 1996, the Ancient Order of Hibernians (AOH), and the Knights of Columbus Council #12387. Ken was very active in parish life at St. Elizabeth Seton. He spearheaded setting up the archives there. Ken was a vibrant person who had a welcoming smile and a joyful spirit. He touched many lives with his warmth, engaging love of learning, and a twinkle in his eyes. He cherished his large Irish Catholic family. His inspiring spirit will continue to guide his loving family and dear friends. Visitation will be Tuesday, December 28, 2021 from 5:00 p.m. until 8:00 p.m. at Shirley Brothers Fishers-Castleton Chapel, 9900 Allisonville Road, Fishers. A Mass of Christian Burial will be held Wednesday at 10:30 a.m. at St. Elizabeth Seton Catholic Church, with the eulogy occurring at 10:15 a.m., 10655 Haverstick Road, Carmel. In lieu of flowers, please consider donating to the Fatima Retreat House in honor of Ken.

The family of Kenneth V. McGinity created this Life Tributes page to make it easy to share your memories.

Send flowers to the McGinity family.