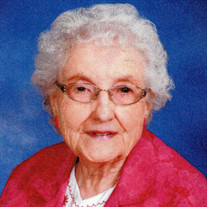 Kathryn Hill Daniel Meredith, Completed her journey on earth Saturday, January 16, 2021 at the age of 96. Katy (also known as Katy), born September 20, 1924 in Indianapolis to the late Joseph and Lora Johnston Hill, lived her entire life in Indianapolis. She graduated from school #43, Shortridge High School in 1942, and Butler University in 1946 with a Bachelor’s Degree and a Masters Degree in 1975. She was a member of Pi Beta and Kappa Beta sororities. She worked as a school librarian for IPS and Warren Township Schools, retiring in 1985. A lifelong member of North United Methodist Church, Kathryn was first taken to the Cradle Roll at nine months, joining formerly in 1934 with the first Children’s Confirmation Class, the last remaining of that class. She taught 6th grade Sunday school at North for many years and was a past circle leader, past president and past district secretary of the women’s organizations. In later years, she was active in the Mid North Shepherd Center and was the North Church librarian. She was a 22-year long member of the Ruth M. Newburn’s Bible Class, which gave her a love for God’s word throughout the rest of her life. She was also a Board Member at Large of the Shortridge Alumni Association. After her retirement, she and her husband “Woody” Meredith were both past presidents and caravan leaders for the Indiana Unit, WBCCI, the Airstream Owners Association, and participated in many caravans with the club around the country. Her greatest source of pride was to see each of her three sons join with their dad in becoming Eagle Scouts and grow into mature, responsible adults. Widow of Donald W. Daniel, Sr. and Leslie Woodrow Meredith, she was predeceased by her brother, Kenneth Eugene Hill. Survivors include sons, Donald Daniel, Jr. of Houston, Texas; Wayne F. Daniel and his wife Carolyn of Carmel, Indiana; and Darrell Daniel of West Hollywood, California; a niece, Barbara Linthicum; and nephew, Kenneth Hill both of California; and several beloved nieces and nephews of the Ketcham and Griset families. A celebration of life will be held at North United Methodist Church this summer; donations can be sent to the church at 3808 N. Meridian St., Indianapolis, IN 46208. Final arrangements and care are entrusted to Shirley Brothers Washington Memorial Chapel.

The family of Kathryn Hill Daniel Meredith created this Life Tributes page to make it easy to share your memories.

Send flowers to the Meredith family.