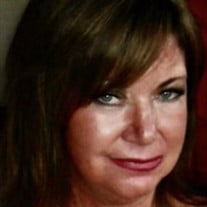 71 of Fishers, retired Registered Nurse died peacefully December 26th in St Vincent Hospital. She was born July 8, 1949 in Indianapolis to the late Gerald G. and Margaret K. (Ott) Reilly. Joyce graduated from Scecina High School, class of 1967, she had a passion for caring for others starting as a candy striper when she was a teenager and volunteering at the Little Sisters of the Poor Home for elderly. She attended St. Elizabeth Nursing School and received her BA in 1970. After graduation she began her Nursing career at Community Hospital in Indianapolis in 1970 working in Orthopedics. Shortly after she went on to receive her master’s degree in nursing from Indiana University. Joyce helped facilitate the opening of Community Hospital North and accepted the position of the leader of Women’s and Children’s units at all three Community Hospitals. She was a member of Theta Tau Honors Society, ANON, and a member of the American Nurses Association. After retiring from the Hospital, she helped with the Safe Sitter Program in Indianapolis and was President of the Volunteer Organization at Community Hospital North where she facilitated the operational aspect of gift shops and fund raisers. She was a devoted member of St. Luke’s United Methodist Church. She sponsored charity golf outings at Balmoral Golf Course for breast cancer. An avid sports enthusiast she attended the Masters Golf Tournaments throughout the years and enjoyed watching the Wimbledon Tennis Championships every year, in addition to the Pacers and Colts. Joyce enjoyed traveling, especially to Palm Springs where she had a second home. She also enjoyed cruises with family along the Mediterranean Sea, Europe, Italy and Russia. Her greatest joy was spending time surrounded by her family. Visitation will be Tuesday, December 29, 2020 from 11:00 A.M. until 2:00 P.M. at the Balmoral House, 10101 Hamilton Hills Lane, Fishers, Indiana with Entombment at Crown Hill Mausoleum following at 3:00 P.M. Joyce is survived by her loving husband of 43 years, Lyman Eaton II; son, Joshua Eaton; daughter, Bridget Witsken (Rick); son, Jon Eaton; grandchildren, Addison Beaman-Eaton, Peyton and Colin Flannagan; brother, Dennis Reilly (Christy); sisters, Linda Bear, Elaine Cunningham (Ron), Eileen Wieczorek (Frank) and Susan White; along with several nieces and nephews. Preceded in death by her parents, Margaret and Gerold Reilly; and brother in laws, Neal Beal and Michael White. Services are entrusted to Shirley Brothers Fishers-Castleton Chapel, 9900 Allisonville Road, Fishers, Indiana 46038. In Lieu of flowers, memorial contributions are suggested to St. Luke’s United Methodist Church, 100 W. 86th Street, Indianapolis, Indiana 46260.

The family of Joyce Ann Eaton created this Life Tributes page to make it easy to share your memories.

Send flowers to the Eaton family.