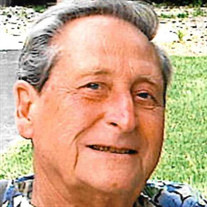 Dr. John Day Kingsbury passed away peacefully on June 18, 2021, at the age of 81. He leaves behind his wife of nearly 56 years, Bonnie, his brother, David Kingsbury (Barbara); his daughter, Kelly; his son, John, and three granddaughters, Lexie, Katie, and Violet. John will be remembered for many things; his love of family, his love of a good party, his fierce loyalty to the IU basketball team in good seasons and bad, and his generosity. He was a man of few words, so when he spoke, you knew it was coming from his heart and he was telling you exactly what was on his mind. John practiced dentistry for 42 years, the first two for the U.S. Army at Ft. Sill, Oklahoma, and later he had an office on Main Street in Fortville and another in Lawrence. A man with a soft heart, he felt bad for patients who had a hard time paying for their dental work, so he was apt to make trades. One time, he got a hot air balloon ride out of the deal. Another time he came home with a rooster he had accepted as payment, much to the bewilderment of Bonnie and the excitement of his kids. Kelly and John will always remember their dad for doling out no-nonsense advice, putting them through college, taking them on fun vacations, working in his feed-the-neighborhood vegetable garden, his love for Bonnie “his beautiful wife,” and lounging around the pool with a beer after the hard day’s work was done. He always welcomed his kids’ friends and granddaughters’ friends at their home, treating them like family. He was especially welcoming to anyone who loved his family members as he did. His granddaughters will remember him for many things as well. When they were young, they declared that Grandpa made the best pancakes in the world (Eggo frozen pancakes that were microwaved.) He always wore colorful graphic tees, and he would take them for rides on his tractor or riding lawnmower, letting them “drive.” As he grew older, the girls loved that Grandpa was always delighted when they walked in the door, asking about their lives, their grades, and generally trying to keep up with all they were doing. Joey, who predeceased his grandpa, always liked playing cars and airplanes with his grandpa when he was little, and when he was older, he liked that they didn’t have to talk much when they were together, as they were both on the quiet side. His love of growing things inspired his kids and grandkids alike to enjoy the miracle of plants growing from seed to feed a family, and the joy of flower buds finally opening. His ridiculous number of tomato plants produced the base for the famous (infamous?) Kingsbury spaghetti sauce, cooked in enormous batches as a family tradition. Per John’s wishes, there will be no memorial service. The family hopes that whenever you enjoy a good beer with family and friends, you will fondly remember John.

Dr. John Day Kingsbury passed away peacefully on June 18, 2021, at the age of 81. He leaves behind his wife of nearly 56 years, Bonnie, his brother, David Kingsbury (Barbara); his daughter, Kelly; his son, John, and three granddaughters, Lexie,... View Obituary & Service Information

The family of Dr. John Day Kingsbury created this Life Tributes page to make it easy to share your memories.

Send flowers to the Kingsbury family.