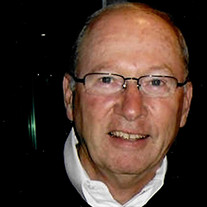 John “Jack” E. Fidger, 76, of Carmel, passed away March 31, 2022. He was born June 20, 1945 in Indianapolis, IN, to the late John E. Sr. and Dorothy Fidger. Jack was the beloved husband of Joan “Joani” Bedwell Fidger. He grew up in Speedway Indiana and graduated from Speedway High School. Jack was a Ball State University graduate, where he was a member of Lambda Chi Alpha fraternity. Prior to his retirement, Jack was the Owner/Operator of Storage Works. He was a member of Speedway Christian Church since 1956 and a member of the Broad Ripple Sertoma Club. Jack loved collecting antiques, specifically toys, coins and Indy 500 memorabilia. Visitation will be held on Monday, April 4, 2022 from 4:00 p.m. until 7:00 p.m. at Shirley Brothers Fishers-Castleton Chapel, 9900 Allisonville Road, Fishers, with funeral services there Tuesday at 1:00 p.m. Jack is survived by his loving wife of 31 years, Joan “Joani” Fidger; children, Amy Givens and Brian Fidger (Sheryl), stepchildren, Robert Pigati, Richard Pigati and Ronald Pigati; and nine grandchildren: Katie, Allison, Christine, Isaac, Jenine, Jessica, Kelsey, Vinny and Keldon. He was preceded in death by his parents; and his sister, Nanette Fidger.

The family of John "Jack" E. Fidger created this Life Tributes page to make it easy to share your memories.

Send flowers to the Fidger family.