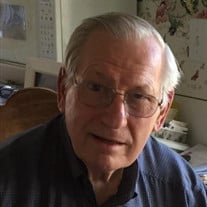 89, of Indianapolis, passed away June 9, 2022. He was born September 9, 1932 in Indianapolis, Indiana to the late Emil and Anna Deuser. John was a 1951 graduate of Arsenal Technical High School, where he was a member of the track team. He was a devoted and loving father of his six sons. He was married to his loving wife Judy for 64 years, who passed away in 2015. He enjoyed attending sporting events and was a long-time season tickets holder to Colts, Pacers, Purdue and Butler. He was a fan of Indy Car and NASCAR racing and attended over 60 Indianapolis 500 races. John was an avid fisherman and loved spending time with his many friends fishing, boating, and playing euchre. John was involved in many business ventures throughout his career. He was president of American Medical Management Inc. He was a partner in numerous real estate developments including Heritage Park, Lake Clearwater, and projects in Florida and Arizona. John was a long-time member of the Epworth United Methodist Church, where he volunteered for the Fish Fry, Sunday School, and served on many committees. John is survived by his six sons, Gary A. (Jean), Mark L., John K. (Mary), Ken S. (Lynda), Don M., Curtis E. (Kristina); sister, Rudy (Rollie) Schroeder; brother, Larry (Carole) Deuser; 13 grandchildren and 20 great-grandchildren. He is preceded in death by his parents; and his wife, Judith Ann Deuser; his sister, Marty Matthew. Visitation will be Tuesday, June 14, 2022, from 1:30pm until the time of service at 3:00pm at Epworth United Methodist Church, 6450 Allisonville Rd, Indianapolis, IN 46220. In lieu of flowers, memorial contributions may be made to Epworth United Methodist Church. Final care and arrangements are entrusted to Shirley Brothers, Fishers-Castleton Chapel. www.shirleybrothers.com

89, of Indianapolis, passed away June 9, 2022. He was born September 9, 1932 in Indianapolis, Indiana to the late Emil and Anna Deuser. John was a 1951 graduate of Arsenal Technical High School, where he was a member of the track team. He... View Obituary & Service Information

The family of John Edward Deuser created this Life Tributes page to make it easy to share your memories.

Send flowers to the Deuser family.