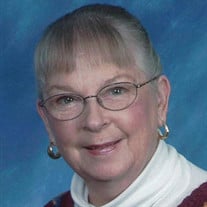 Janice was born in Oakland, California on November 22, 1930 and passed away peacefully at home on June 28, 2021. She was the daughter of the late Peyton and Elsie (Dornenburg) Alverson. She was the mother of Bruce William Wuerch (Beth), Brian Alverson Wuerch (Kelly), and Bradley Deal Wuerch (Jean). Jan married her kind and loving husband, Robert W. Meyer in 1974 and they began their lives together with her four children and Bob’s three; Sharon Kay Meyer Westeman (Terry), Scott Robert Meyer, and Sue Nadine Meyer Martin (Mark). Jan delighted in her family, grandchildren, and great-grandchildren and spent many hours of adventure with them. They are Anthony Violante, James Wuerch, Amy Westerman Lenell, Nicholas Violante, Rachel Wuerch Lamb, Erin Westerman Stachyra, Julianne Violante Bouma, Andrew Martin, Robert Westerman, Abigail Martin Anderson, Emily Wuerch, Ellen Wuerch Tackett, Cory Wuerch, and Peyton Wuerch, many great-grandchildren, and son-in-law, Ric Violante. She was preceded in death by her husband, Robert William Meyer, and daughter, Judy Jan Violante. Jan attended San Francisco State College as a Speech (Radio & Television) major and in later years worked as an office manager at Mary Castle Elementary School in Indianapolis and retired as an office manager from Perkins Nichols Media. She was an Elder and Deacon at Faith Presbyterian Church in Indianapolis where she began the Stephen Ministry program. She also was a Board Member and volunteer with Westminster Neighborhood Ministries in urban Indianapolis for several years. Calling will be at Faith Presbyterian Church on July 23, 2021 with visitation from 10:00 a.m. to 11:00 a.m. followed by a memorial service at the Church at 11:00 a.m. In lieu of flowers, donations may be made in her name to Westminster Neighborhood Ministry Endowment, P.O. Box 11465, Indianapolis, IN 46201-0465. www.westmin.org Final Care and arrangements are entrusted to Shirley Brothers Fishers-Castleton Chapel, Fishers, IN. www.shirleybrothers.com.

Janice was born in Oakland, California on November 22, 1930 and passed away peacefully at home on June 28, 2021. She was the daughter of the late Peyton and Elsie (Dornenburg) Alverson. She was the mother of Bruce William Wuerch (Beth), Brian... View Obituary & Service Information

The family of Janice Alverson Meyer created this Life Tributes page to make it easy to share your memories.

Send flowers to the Meyer family.