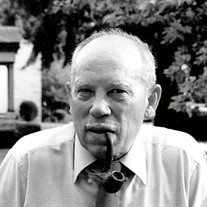 James A. Runkel, Sr., Kinston, North Carolina: James (Jim) Allen Runkel, Sr. passed peacefully from this earth on Saturday, September 4, 2021, at the age of 90 years. In his final hours he was attended by three of his children, Sharon, Stephanie, and Bill, and his son-in-law Bryan Eaves. Jim was born in Geneva, Indiana on June 3, 1931, as the second child of 11 of Harold and Dottie May (Morgan) Runkel, who preceded him in death. Jim grew up in Indiana during the Great Depression, which shaped his life and world view. A veteran of the U.S. Air Force and the Korean War, he enlisted in 1949 and retired in 1969 at the rank of Senior Master Sergeant. He met his future wife, Margaret (Margo) G. Runkel, early in his Air Force career, which took them and their family to numerous bases across the United States and, for a short period, to the Republic of the Philippines. Jim had two subsequent careers, working for Kroger at their Indianapolis bakery and at National Starch in Indianapolis. A popular man, he made friends wherever he went, especially through his love of cards. His final retirement occurred in 1999 and he and Margo remained in their Indianapolis home and wintered in Florida, enjoying the company of her niece, Elizabeth Hudson, and her husband, Jack. Jim relished time with family and friends and indulging in his love of gardening. Jim and Margo made their final retirement home in North Carolina with their daughter Stephanie and her husband Bryan, who attended them lovingly throughout their remaining years while providing them great care and companionship. Jim and Margo, who preceded him in death, were the parents of six children: Sharon Bonnett, Stephanie (Bryan) Eaves, James A. Runkel, Jr., who preceded him in death (Karen Kunkler), William (Joan) Runkel, Edward (Rebecca) Runkel, and Kenneth (Constance) Runkel. He and Margo were blessed with 15 grandchildren and 12 great grandchildren. Jim, along with Margo, embraced the study abroad program, hosting five students from four different countries. He has seven surviving siblings, his sisters, Joann Bolke, Gloria Anderson, and Maxine Farris, and his brothers, George (Pat, deceased) Runkel, Richard Runkel, David (Lynn) Runkel, and Robert (Leah) Runkel. He was preceded in death by his brother Gerald (“Sonny”) Runkel and his sisters, Norma and Wilma. A Funeral Mass will take place at Holy Spirit Catholic Church, 7243 E. 10th St., Indianapolis on Friday, September 10, 2021, at 11 am. Visitation will take place one hour prior to Mass, beginning at 10 am. As a child of the Great Depression, food security was an important issue for Jim. He gave generously to his local food banks and his family asks that, in lieu of flowers, you please support your local food banks.

James A. Runkel, Sr., Kinston, North Carolina: James (Jim) Allen Runkel, Sr. passed peacefully from this earth on Saturday, September 4, 2021, at the age of 90 years. In his final hours he was attended by three of his children, Sharon, Stephanie,... View Obituary & Service Information

The family of James A. Runkel created this Life Tributes page to make it easy to share your memories.

Send flowers to the Runkel family.