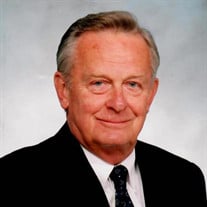 89, of Carmel, passed away May 4, 2022. He was born September 20, 1932 in Milwaukee, Wisconsin to the late Karl Fredrick and Ethler (Glover) Kattner. He graduated from Bayview High School in Milwaukee. Gordon was a Korean War veteran who served in the United States Air Force. He was honorably discharged and was awarded the National Defense Service Medal and the Good Conduct Medal. Upon discharge, he attended the University of Wisconsin in Milwaukee and went to work for Ryerson Steel (Milwaukee), a subsidiary of Inland Steel. He was transferred to Indianapolis, Indiana in August 1957 to help open a new warehouse operation, then was reassigned to Terre Haute, Indiana in January 1960 to manage a Sales district from that location. While in Terre Haute, Gordon became a Past Master of Social Lodge 86 F & AM in 1971, and a 32nd degree Mason of the Scottish Rite. The photo in the memory album was taken in 1971 and appears in the Social Lodge #86 website in their Past Masters archive. In addition, Gordon was a Past President of the Vigo County association of Actual Past Masters F & AM of Indiana, and a Past President of the Wabash Valley Chapter Association Society of Metals. He relocated to Indianapolis in 1988, retiring from Ryerson Steel after 42 years of service. Gordon was an active member of Cornerstone Lutheran Church in Carmel Indiana. Gordon’s hobbies included gardening and fishing. He was an avid fan and shareholder of the Green Bay Packers. Gordon served as Commodore with the Geist, Indiana Yacht Club. Visitation will be Wednesday, May 11, 2022, from 4:00 p.m. until 7:00 p.m. at Shirley Brothers Fishers-Castleton Chapel, 9900 Allisonville Road, Fishers. A service will be held Thursday, May 12, 2022, 10:00am at Cornerstone Lutheran Church, 4850 E Main St, Carmel. Gordon is survived by his sons, Greg Kattner (Ping), and Bob Kattner (Connie); his grandchildren, Olivia Kattner, and Margo Kattner; his sister-in-law, Patricia Kattner; his nephews Ryan Kattner and Eric Kattner. Gordon was preceded in death by his first wife Dorothy (Karolus) Kattner, his second wife Julia (Barkdull) Kattner, and his brother Jim Kattner. In lieu of flowers, memorial contributions may be made to St. Vincent Hospice, 8450 N Payne Rd, Indianapolis, IN 46268.

89, of Carmel, passed away May 4, 2022. He was born September 20, 1932 in Milwaukee, Wisconsin to the late Karl Fredrick and Ethler (Glover) Kattner. He graduated from Bayview High School in Milwaukee. Gordon was a Korean War veteran who served... View Obituary & Service Information

The family of Gordon K. Kattner created this Life Tributes page to make it easy to share your memories.

Send flowers to the Kattner family.