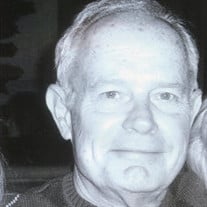 Gordon Lee Harper, Gordon Lee Harper passed away on Monday, February 22, 2021, at the age of 75. After several years of bravely battling Parkinson’s disease and dementia, Gordon died peacefully with his family by his side. Gordon was born in Bedford, Indiana, on February 6, 1946, to father, Gordon Dean Harper and mother, Kathryn Qualkinbush. The oldest of two children, Gordon grew up in Indianapolis and graduated from Lawrence Central High School. He then went on to attend Indiana University in Bloomington before receiving his law degree also from Indiana University. Gordon then began a 40 year law practice where he specialized in administrative, corporate, estate and family law. He served as an Indiana State Representative in District 50 (1975-1986), township attorney for Lawrence Township and a member of the Marion County Board of Zoning Appeals. In addition he spent three years in Washington, D.C. as Director of Public Liaison for the U.S. Department of Energy during the Reagan Administration. Gordon enjoyed following both IU football and basketball and watching Netflix with his family. He also took great pleasure in his grandchildren and attending their school and athletic activities. He served in the United States Army Reserves, including a brief stint at the Infantry School at Ft. Benning in Georgia. Gordon is survived by his wife, Sherry of nearly 30 years; daughters, Sarah Harper and Melissa (Brad) North; sons, Theodore (Richelle) Harper and Todd (Lauri) Harper; grandchildren, Braeden Turner, Lillian, Sampson, Charlotte and Grace Harper, Max and Ben North, and Connor Young; and stepsons, Jim Young and Chris (Angie) Young. He was predeceased in death by his sister, Susan K. Golabowski. Final care and arrangements are entrusted to Shirley Brothers Fishers-Castleton Chapel.

Gordon Lee Harper, Gordon Lee Harper passed away on Monday, February 22, 2021, at the age of 75. After several years of bravely battling Parkinson&#8217;s disease and dementia, Gordon died peacefully with his family by his side. Gordon... View Obituary & Service Information

The family of Gordon Lee Harper created this Life Tributes page to make it easy to share your memories.

Send flowers to the Harper family.