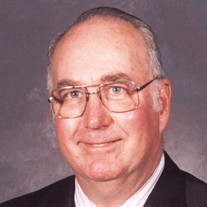 George E. Stigall, 85, of Greenwood, passed away November 17, 2021. He was born June 6, 1936 to the late Ernest and Helen Stigall. George was a 1955 graduate of Arsenal Tech High School. He married Maxine Keyt, April 5, 1958. He was one of the first helicopter pilots for the Indianapolis Police Department, retiring in 1983 as a Lieutenant after 20 years of service. He was a Major in the 38th Division of the Indiana National Guard, serving as a Commander of Pilots A Company. He also served in Intelligence as the Provost Marshal and retired after over 20 years of service to our country. He was the owner of Windsor Gun Shop for over 30 years. He was a member of the F.O.P., the Quiet Birdmen, Cessna 170 Association, Antique Airplane Association, Indianapolis Model A Club, Ford Thunderbird Club, National Association of Watch and Clock Collectors, and Masonic Lodge #134. George is survived by his loving wife of 63 years, Maxine Stigall: children, Beverly Stigall, Ernest Stigall (Annette) and James Stigall (Diana): Grandchildren, Joseph, Natalie, Angela, Jessica, Jayla, and Jenna Stigall and great grandchildren, Addisyn, Alden, and Lawson. A sister Annis Jane Edwards preceded him in death. Visitation will be Sunday, November 21st from 2:00 p.m. until 5:00 p.m. at Shirley Brothers Thompson Road Chapel 3333 East Thompson Road with funeral service Monday at 1:00 p.m. with visitation 12:00 to 1:00 p.m.

The family of George E. Stigall created this Life Tributes page to make it easy to share your memories.

Send flowers to the Stigall family.