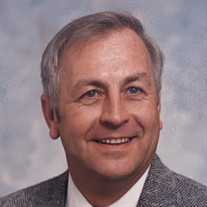 George Elwood Battles, Ret. Warren Township Fire Chief, 76, passed away October 5, 2021. He was born March 11, 1945 in Mishawaka, IN, to the late George F. and Dorothy Battles. George was a graduate of Riley High School, South Bend and Indiana Mortuary College. He married Marilyn Ann Schmelter, and was a licensed embalmer before joining the Indianapolis Police Department in 1966, retiring in 1987. George joined the Warren Township Volunteer Fire Department in 1970, and was the Fire Chief from 1987 until 1995. After retiring from the WTFD, he joined the Marion County Sheriff’s Department, Warrant Division. George was a longtime member of Holy Spirit Catholic Church and Nativity Catholic Church. He was an avid fisherman, and enjoyed camping and going on cruises with his wife. Visitation will be Monday, October 11, 2021 from 4:00 p.m. until 8:00 p.m. at Shirley Brothers Washington Memorial Chapel, 9606 E. Washington St. A Mass of Christian Burial will be held Tuesday at 10:00 a.m. at Nativity Catholic Church, 7225 Southeastern Ave. For those unable to attend, Nativity Catholic Church will be live-streaming the Mass. You can access the live stream by clicking on the following link: https://www.nativityindy.org/ scroll down until you see the box labeled Live Stream. Click on the box and the live stream will begin a few minutes before the Mass. George is survived by his wife of 57 years, Marilyn Battles; children, Laurie (Kenneth) Lee and Steve (Margaret) Battles; grandchildren, Megan, Justin and Jordan Battles; sister, Joan (Tom) Barth; brother, Merl (Yaunita) Battles; sister-in-law, Patricia Battles; sister-in-law, Karen Lewis; and brother-in-law, Raymond Schmelter. A brother, Maurice Battles, preceded him in death. In lieu of flowers, memorial contributions may be made to the American Heart Association.

The family of George Elwood Battles created this Life Tributes page to make it easy to share your memories.

Send flowers to the Battles family.