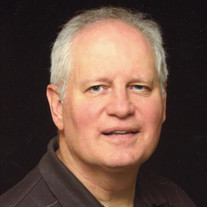 Francis “Frank” Anthony Rutkowski, 67, of Fishers Indiana passed away peacefully in his sleep on April 15, 2022. He was born November 21, 1954, in Riverhead New York, on Long Island, to the late Frank Alexander Rutkowski and the late Helen Victoria (Niemczyk) Rutkowski of Middletown Delaware. Frank graduated from Middletown High School in 1972, where he was valedictorian of his class. He attended Notre Dame where he played football, graduated with honors in 1976 with a B.S. in electrical Engineering. After graduating, Frank began his career working for G.E. Company in Technical Sales and Management. He also went on to obtain an MBA in Business from the University of Dayton. He later worked for Curtis Wright Controls as a Sales Manager and retired in 2018, after 20 years of employment. His hobbies included metal detecting and coin collecting with his son Michael, gold prospecting, treasure hunting, and traveling with his wife. Visitation will be Wednesday, April 27, 2022 from 4:00 p.m. until 8:00 p.m. at Shirley Brothers Fishers-Castleton Chapel, 9900 Allisonville Road, Fishers. A Mass of Christian Burial will be held Thursday, April 28, 2022 at 10:00 a.m. at Holy Spirit Geist Catholic Church, 10350 Glaser Way, Fishers. Frank is survived by his loving wife, Karen (Kutzner) Rutkowski, his children, Michael and Jennifer Rutkowski; his stepchildren, Travis (Paula) Eacret, Brent Eacret, Leah (Steve) Kelly and Carly (Steve) Brizendine; and 12 grandchildren. Frank is also survived by his siblings, Mary, Peter, and Michael Rutkowski of Middletown, DE. He is predeceased by his sister, Helen B. Rutkowski.

Francis &#8220;Frank&#8221; Anthony Rutkowski, 67, of Fishers Indiana passed away peacefully in his sleep on April 15, 2022. He was born November 21, 1954, in Riverhead New York, on Long Island, to the late Frank Alexander Rutkowski and the... View Obituary & Service Information

The family of Francis "Frank" Anthony Rutkowski created this Life Tributes page to make it easy to share your memories.

Send flowers to the Rutkowski family.