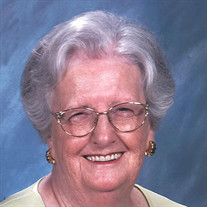 Evelyn Jean Hughes, Evelyn Jean Hughes of Douglasville, Georgia, went home to be with the Lord on January 14, 2021. Jean was a resident of the Oaks assisted living community. Jean was born April 10, 1924 in Kansas City, Missouri, and she was the daughter of the late Sue Messick and James Messick of Kansas City. Jean was an outgoing person who loved spending time with her friends, many of whom regarded her as a wonderful example of a true lady. She loved to travel, meet new people and developed many lifelong friendships. Jean was a graduate of the University of Missouri in Kansas City where she majored in Spanish. After graduating from college, she worked for Folgers Coffee. In 1947, she married Jack Taylor Hughes of Hominy, Oklahoma. During the 1950’s, they moved from Kansas City to Fort Worth, Texas, ultimately settling in Indianapolis, Indiana in 1959 where they would spend the better part of the next 60 years. Jean and Jack had one daughter while still living in Kansas City and one son, born in Indianapolis. After her children graduated from college, Jean went to work for L.S. Ayres and later Jacobson’s department store in Indianapolis where she worked in Ladies Designer Fashions. Jean loved her work and she loved her customers who would often ask for her by name. Following her retirement from Jacobson’s, Jean and Jack moved to Sunrise Retirement Living in Carmel, Indiana. Jean made many wonderful friends at Sunrise, and the couple was always grateful to the management and staff at Sunrise for the outstanding care and service they received during their many years at Sunrise. Jack passed away in 2015 and Jean spent many more years at Sunrise before moving to Georgia to be closer to family early last year. Jean was a wonderful wife and mother who always put her family first. She lived life with a smile on her face and a positive attitude, endearing her to so many. In addition to her parents and her husband of 68 years, Jean was preceded in death by her only sibling, James Messick of Kansas City. She is survived by her daughter, Janice Hughes Hamilton and husband Mike of Douglasville, Georgia; and son, James Ross Hughes and his wife Jennifer Robbins Hughes of Charlotte, North Carolina. Jean is also survived by two grandsons, Matthew Norris Hamilton and his wife, Annie Adams Hamilton of Fishers, Indiana and Ross Alexander Hughes of Charlotte, North Carolina. A Memorial Mass of Christian Burial will be held Thursday, April 8, 2021 at 10:00 a.m. at Holy Spirit at Geist Catholic Church, 10350 Glaser Way, Fishers, Indiana.

Evelyn Jean Hughes, Evelyn Jean Hughes of Douglasville, Georgia, went home to be with the Lord on January 14, 2021. Jean was a resident of the Oaks assisted living community. Jean was born April 10, 1924 in Kansas City, Missouri, and she was... View Obituary & Service Information

The family of Evelyn Jean Hughes created this Life Tributes page to make it easy to share your memories.

Send flowers to the Hughes family.