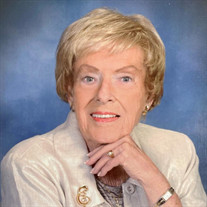 Emily J. Savage-Huff, Age 90, passed away September 11, 2021 at Naples Community Hospital. She died of heart failure after having suffered a previous heart attack in December 2020. She is survived by her sons, Danny R. Savage (Nancy) of Lafayette, IN, and Richard D. Savage of Fishers, IN; Father Tim Navin who she cherished and considered her son as well; her grandchildren, Scott J. Savage (Valerie) of Noblesville, IN, Brian D. and Aaron Z. Savage of Lafayette, IN, and Shelly ME Savage (Kenny) of Florence, SC; her niece, Jane Mikosz (Mike); her nephews, Alan Applegate (Jamie) and David Applegate. She is also survived by four great-grandsons; one great-granddaughter; and two great-nephews. She was preceded in death by her father, Harry L. Johnson; mother, Elizabeth H. Heitman (David); her husband, Charles A. Huff; and her sisters, Sara Applegate and Nancy Bullington (Jim). Emily was born on August 19, 1931 in Williamsport, PA. She grew up in Indianapolis, IN, and attended Shortridge and Broad Ripple High Schools. She began her first job at the age of 16 at Bemis Bag Company of Indianapolis. She later worked for Hancock Security Cartage & Liquid Transport where she learned her bookkeeping skills. She also attended Royal Beauty Academy and upon completion opened her own hair salon in 1961, naming it Carrousel. She retired to Florida after 38 years where she began a third career in 1999 working as a cook and housekeeper for the priests at St. Peter the Apostle Catholic Church in Naples. In 2004 she began working at San Marco Church alongside her pastor and friend, Father Tim Navin. She said, “This third career made me the happiest.” She found it to be the most rewarding and fulfilling of all. Emily enjoyed family and was a loving and devoted mother. She was a social and active woman deeply involved in the church. She was a member of St. Peter the Apostle and San Marco Catholic Churches. She belonged to the CCW at St. Peter’s, the Loyal Order of the Moose, American Legion and the Fraternal Order of the Eagles. Our “Princess” Emily always had a positive outlook and faced death the same way she lived her life. Her faith guided her in everything she did. She leaves behind many friends who will remember her most by her organizational skills, high maintenance and EXACTING STANDARDS that “some” say were “painfully so.” She enjoyed golf the most and upon her request will be laid to rest with her favorite golf club, her 7 wood. Visitation will be Thursday, September 23, 2021 from 1:00 p.m. until 2:00 p.m. at Shirley Brothers Fishers-Castleton Chapel, 9900 Allisonville Road. A graveside service will follow at 2:30 p.m. at Oaklawn Memorial Gardens, 9700 Allisonville Road.

Emily J. Savage-Huff, Age 90, passed away September 11, 2021 at Naples Community Hospital. She died of heart failure after having suffered a previous heart attack in December 2020. She is survived by her sons, Danny R. Savage (Nancy)... View Obituary & Service Information

The family of Emily J. Savage-Huff created this Life Tributes page to make it easy to share your memories.

Send flowers to the Savage-Huff family.