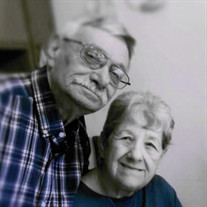 Donald Leroy “Don” Hook, 79, of Indianapolis, passed away January 20, 2022. He was born July 13, 1942 in Indianapolis to the late Delbert M. and Ruby Marie Hook. Don was a 1960 graduate of Harry E. Wood High School. He proudly served his country in the U.S. Army and was employed as a machinist for Chrysler for 10 years. He then worked for Kroger Bakery for 17 years, retiring in 2004. Don enjoyed camping, and traveling to Las Vegas and Branson, Missouri. He also enjoyed watching movies, playing on the computer, watching WWE and the Colts on television and going out to eat. Visitation will be Tuesday, January 25, 2022 from 12 noon until the time of service at 2:00 p.m. at Shirley Brothers Washington Memorial Chapel, 9606 East Washington Street. Don is survived by his loving wife of nearly 30 years, Bea A. Hook; daughter, Rachael Hook; brother, Harry Hook; stepchildren, Mark (Aimee) Sears, Harold Brooks and Carol Brooks; numerous grandchildren and great-grandchildren. He was preceded in death by three brothers, James, Larry and Gary Hook. Memorial contributions may be made to Riley Hospital for Children, 30 South Meridian Street, Ste. 200, Indianapolis, IN 46204.

The family of Donald Leroy "Don" Hook created this Life Tributes page to make it easy to share your memories.

Send flowers to the Hook family.