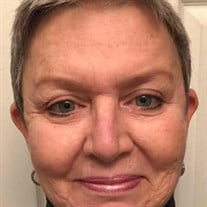 Debra Lee Best, 67, of Indianapolis, passed away January 8, 2021. She was born January 30, 1953 in Springfield, Illinois to the late Wilburn and Rosalia (Washburn) Snyders. Debra was the owner of Best Cleaning Services for 35 years and then... View Obituary & Service Information

The family of Debra Lee Best created this Life Tributes page to make it easy to share your memories.

Send flowers to the Best family.