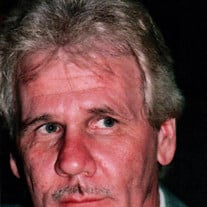 David H. Strauser, 77, of Indianapolis, passed away January 5, 2021. He was born March 20, 1943 to the late Delmar Ancil and Lucille Strauser. David was a graduate of Arsenal Technical High School and attended Purdue University. He was a master... View Obituary & Service Information

The family of David H. Strauser created this Life Tributes page to make it easy to share your memories.

Send flowers to the Strauser family.