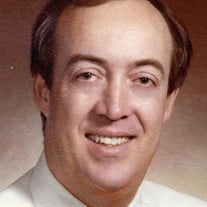 Dr. David L. Gauss, known as Dave, Doc and Goose, passed away peacefully after a short illness at Community North Hospital on November 10, 2021 at the age of 82. Dave was born on October 12, 1939 to Leo P. and Loualma T. (Zinser) Gauss. He was the younger brother of Robert C. ("Robbie") who died at the age of 12 after a short life filled with physical and developmental challenges. Dave was a long-time resident of the Irvington neighborhood and a proud member of the first class (1957) at Scecina Memorial High School. He graduated from Indiana University with a B.S. in 1961 and a D.D.S. in 1965. Soon after graduation, he was commissioned in the United States Army and was sent to Vietnam where his first official dental chair was on the flight line at Tan Son Nhut Air Base. Doc spent most of his time in Vietnam assigned to a dental group in Saigon which provided care to soldiers and Vietnamese civilians. After his discharge from the Army, he opened a small dental office at 10th and Bosart. For 20 years, he was known on the Eastside for being kind and gentle. He then spent almost another 20 years practicing in the Chicago suburbs before he retired, returned to Indianapolis and filled in at several local dental offices. Dave was an accomplished amateur golfer who was a fixture at Pleasant Run Golf Course for almost 70 years. He also was an accomplished trap shooter and card player. Throughout his life, he was a friend to many; known for his sarcasm and often irreverent (if not inappropriate) humor and his deep kindness. Most importantly, he was a husband to Pamela Haase and Renie McClay, a father to Robert (Christy), Chris (Christin), Tracy and Nicholas and a grandfather to Peter, Caroline, Curren and Nora (all of whom survive). His great blessing was that at his 50 year Scecina reunion he reconnected with Jean McAtee who became his love, shared the past 14 years with him, cared for and comforted him and who made him the best version of himself. Dave was preceded by his father, his mother, his brother, many cherished cousins, including Jim Rowe and Gail Turi both of whom recently passed, and many dear friends and golfing buddies. The family wishes to thank his doctors and nurses at Community North and Community Oncology who provided compassion and tender care to him in his final weeks. Visitation will be held on November 20, 2021 at Shirley Brothers Irvington Chapel from 1:00 to 4:00. A private service will occur at a later date. In respect of all who attend, masks are encouraged for anyone who is not fully vaccinated or who is immunocompromised. Memorial contributions in honor of Dave may be made to Scecina Memorial High School, 5000 Nowland Avenue, Indianapolis, IN 46201. Otherwise, the family encourages all who knew Doc to share a meal or a round of golf with a friend or someone you love and tell your favorite Doc story. We hope it will be clean, but will understand if it is not.

Dr. David L. Gauss, known as Dave, Doc and Goose, passed away peacefully after a short illness at Community North Hospital on November 10, 2021 at the age of 82. Dave was born on October 12, 1939 to Leo P. and Loualma T. (Zinser) Gauss. He... View Obituary & Service Information

The family of Dr. David L. Gauss created this Life Tributes page to make it easy to share your memories.

Send flowers to the Gauss family.