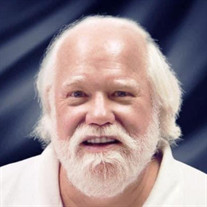 David Martin Crockett, 72, of Carmel, passed away April 15, 2021. He was born September 30, 1948 in Indianapolis to the late Harold M. and Harriet E. Crockett. David was an avid musician and music aficionado his entire life. As a teenager, David taught himself to play the guitar and drums. David began his career in music in 1964 with his first band, The Chancemen, in which he was a drummer. David then went on to play in the very successful Indianapolis band, The End, in which he was the lead singer. David played in bands all through high school and college in order to pay for his education expenses. In 1969, David toured as the drummer with the Kappa Pickers on a USO tour through the Caribbean, Cuba & Panama. David attended Indiana University from 1966-1970. David received his Bachelor’s Degree from Indiana University in 1970. David began his business career in 1970 with Indiana National Bank. In 1971, he went to work as a salesman for the JM Smucker Company. Fortuitously, in 1973, David merged his love of music with his professional career when he went to work for Father’s & Son’s Record Company and it’s sister company, Karma Records, eventually taking over the role of Managing Partner. By the 1990’s, David’s businesses were diversifying with the formation of Williams Realty Group, a commercial real estate acquisitions and development company; DayMarc Homes, a residential home construction company & Capitol Construction, a commercial construction company with offices in Indianapolis & Chicago. David was a fun-loving, gregarious & generous man. He was an avid Colts fan, loved to travel, was fanatic about Jaguars and other exotic automobiles and collected watches, coins & stamps. But the most amazing thing about David was how much he loved and treasured his family. David is survived by his wife, Susan Crockett, and his children Adam (Ambre) Crockett, Katie (Josh) Kelly, Lizzie (Brad) Redman, Daniel Crockett, Debra (Jordan) Lauber, and grand children, Isabella Kelly, Chloe Kelly, Kingston Crockett, Kaeta Crockett, Vivian Kelly, Olivia Kelly, Oliver Redman & Liam Lauber, and his sister Linda (Jack) Roberts & brother, William (Joan) Crockett. Final arrangements and care are entrusted to Shirley Brothers Fishers-Castleton Chapel. A Celebration of Life will be held Thursday, April 29, 2021 at The Vogue, 6259 North College Avenue, Indianapolis from 4:00 p.m. until 7:00 p.m. with a ceremony at 5:30pm. Registration for David’s Celebration of Life is required. Attendees can register at https://www.eventbrite.com/e/celebration-of-life-for-david-crockett-tickets-151557668065 In lieu of flowers, the family requests donations be made to the Indiana Independent Venue Alliance (https://www.indianavenuealliance.org/) whose mission is to help small businesses whose livelihoods depend on live music.

David Martin Crockett, 72, of Carmel, passed away April 15, 2021. He was born September 30, 1948 in Indianapolis to the late Harold M. and Harriet E. Crockett. David was an avid musician and music aficionado his entire life. As a teenager,... View Obituary & Service Information

The family of David Martin Crockett created this Life Tributes page to make it easy to share your memories.

Send flowers to the Crockett family.