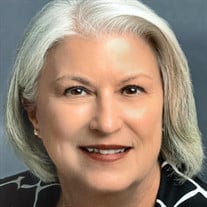 Cynthia “Cindy” Diane Clark, 64, of Cullman, Alabama, formerly of Indianapolis, passed from this world into heaven on January 17, 2022. Cindy was born in Beech Grove, Indiana on November 1, 1957 to William “Bill” and Linda (Warner) Clark. She grew up in Beech Grove and later in Indianapolis, graduating from Warren Central High School in 1976. Cindy met her best friend and the love of her life, Robert “Bob” Allen Clark, in high school and they were married on July 24, 1976. Cindy and Bob enjoyed 45 wonderful years of marriage together. In 1981, their beloved son Robert “BJ” Allen Clark was born. Cindy cherished her roles as a wife and mother, and she took great pride and joy in her family. Cindy accepted Jesus Christ into her heart in high school and continued worshipping the Lord and serving Him faithfully throughout her life. She attended Franklin Road Baptist Church for many years, and later Warren Baptist Church. Her strong and enduring faith was an example to many and is something that will continue to bless others even after her passing. Together, Cindy and Bob Clark owned and operated Clark Appliance, specializing in high-quality appliances and service for 29 years. They were committed to excellence in their work, and they thoroughly enjoyed the business, their employees and their customers. After her retirement from the appliance industry, Cindy worked in customer service roles in Indianapolis, and later in Alabama. Cindy always loved hosting others in their home. For decades she and Bob held July 4th and Thanksgiving gatherings at their house for their family, always including various friends and employees who were welcomed as family. Cindy is preceded in death by her beloved son, Robert “BJ” Allen Clark; her parents, William W. and Linda L. Clark; brother, Michael D. Clark; and her parents-in-law, Robert G. and Shirley J. Clark. She is survived by her loving husband, Robert “Bob” Allen Clark; brothers, Mark (Gayle) Clark and Jason Clark; brothers and sisters by marriage, Diane (Cameron) Douglas, Robin (Jim) Gore and Tom (Cindy) Clark; 10 nieces and nephews who adored her; and 20 great-nieces and great-nephews who will be missing her smiling face and kindness. Visitation will be Sunday, January 23, 2022 from 4:00 p.m. until 8:00 p.m. and Monday, January 24, 2022 from 11:00 a.m. until the time of service at 1:00 p.m. at Shirley Brothers Washington Memorial Chapel, 9606 East Washington Street. (Masks are required at both visitation and service.) For those unable to attend the service will be livestreamed by clicking on the following link: https://client.tribucast.com/tcid/3576965712 In lieu of flowers, memorial contributions may be made to Trinity Life Ministry, 2150 Elmwood Avenue, Lafayette, IN 47904.

The family of Cynthia "Cindy" Diane Clark created this Life Tributes page to make it easy to share your memories.

Send flowers to the Clark family.