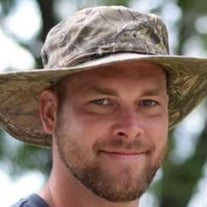 Bobby Ray King, 38, of Indianapolis, Indiana, passed away in a vehicle accident on June 5, 2021. He was born March 11, 1983 in Cape Girardeau, Missouri to Scarlett Smith and Robin King. Bobby was born prematurely and weighed only 4 pounds 2 ounces. He had a fighting spirit from the start. Bobby was a one-of-a-kind guy. He had a zest for life and was always up for anything. People say that he never met a stranger.. that was Bobby! He could connect with anyone, no matter their station in life or how long he knew you. Bobby was happy for people that had it better than him, helped those who did not and stayed focused on being a better person. Bobby was fiercely protective of his family and friends. He related to the saying “Get knocked down seven times but stand up eight”. Bobby never let a setback get to him. He was a hilarious person who had the best sense of humor! Bobby could bring out laughter in almost anyone that knew him. Being around him meant that you were going to be laughing at some point even if the joke was about you. Bobby was good at anything he put his mind to! He was incredibly smart, witty and free-spirited. Bobby had an entrepreneurial spirit that led him to trying different business ownerships over the years. He started BOB, LLC in May of this year. He was excited for it to really take off with nearly 20 years of experience, connections and leaning into his passion of Entrepreneurial life. Bobby was a talented leader in the construction/landscape/hardscape arena. I know the guys will miss him singing to them on the job, among other things. His family was important to him. This year would have been 19 years with Amber whom he loved with all he could. His children were his favorite thing about his life. He loved watching them grow up although it was going by so fast in his eyes. Bobby would often say just having Makayla and Aiden made him a better man. He was the rock and the glue for his mom, Scarlett and his sister, Angela. Bobby was proud to be a godfather to Larry Christopher Kessling Jr. Bobby liked to go fishing, hiking, being with his kids, playing video games, connecting with friends/acquaintances, managing his business, anything music related, visiting his sister, being a member of Sons of the American Legion, talking about politics and really anything-he was always up for whatever and always willing to lend a hand. There is so much that this misses in capturing the essence of who Bobby was and his true uniqueness. Being around him felt good and having memories with him felt good too because he was great! Bobby often talked about how he really lived his life and had more fun than most. Yes, he did and we can be glad as his life ended far too soon!! Bobby is survived by his children, Makayla King and Aiden King; companion, Amber Featherston; mother, Scarlett Smith; father, Robin King; siblings, Angela Brokus (Eric), Greg King, Tara King, and Dana King; and several nieces and nephews and aunts and uncles. He was preceded in death by his grandparents, Buford and Faye King, Ray Nunnally and Mary Russell; and siblings, Corey King and Dylan Polen.

Bobby Ray King, 38, of Indianapolis, Indiana, passed away in a vehicle accident on June 5, 2021. He was born March 11, 1983 in Cape Girardeau, Missouri to Scarlett Smith and Robin King. Bobby was born prematurely and weighed only 4 pounds 2... View Obituary & Service Information

The family of Bobby Ray King created this Life Tributes page to make it easy to share your memories.

Bobby Ray King,
38, of Indianapolis, Indiana, passed away in...

Send flowers to the King family.